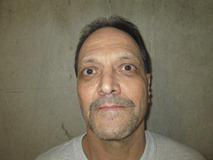 McALESTER, Okla. (AP) — Oklahoma executed a man Thursday for the torture slaying of his girlfriend’s 3-year-old son in 1993, the third of four scheduled executions in the U.S. over a two-day stretch.

McALESTER, Okla. (AP) — Oklahoma executed a man Thursday for the torture slaying of his girlfriend’s 3-year-old son in 1993, the third of four scheduled executions in the U.S. over a two-day stretch.

With Richard Stephen Fairchild’s execution, the state has now put to death seven people since it resumed carrying out executions in October 2021. In that time, Oklahoma has carried out more executions than neighboring Texas, which since 1976 has executed far more people than any other state.

More than half of the 40 people currently on Oklahoma’s death row have execution dates set over the next two years after the state Court of Criminal Appeals issued a moratorium in 2015 following a botched execution and two drug mix-ups in the death chamber.

Fairchild’s execution was the 16th in the U.S. this year — including one in Texas and one in Arizona on Wednesday — up from last year’s three-decade low of 11. An execution scheduled for later Thursday in Alabama was eventually called off after officials who were up against a midnight deadline couldn’t find a suitable vein to inject the lethal drugs. After Thursday, three more executions are scheduled in the U.S. for the remainder of 2022 — one each in Missouri, Oklahoma and Idaho, according to the Death Penalty Information Center. Fairchild, who turned 63 on Thursday, began receiving the first of a lethal three-drug combination at 10:10 a.m. at the Oklahoma State Penitentiary in McAlester. He was declared dead at 10:24 a.m.

Fairchild, an ex-Marine, was convicted of killing Adam Broomhall after the child wet the bed. Prosecutors say Fairchild held both sides of Adam’s body against a scorching furnace, then threw him into a table. The child never regained consciousness and died later that day.

Strapped to a gurney inside the death chamber, Fairchild thanked his attorneys and prison staff and apologized to Adam’s family.

“Today’s a day for Adam, justice for Adam,” Fairchild said.

“I’m at peace with God. Don’t grieve for me because I’m going home to meet my heavenly father.”

Michael Hurst, the slain child’s uncle, said the boy would have been 34.

“Our long journey for justice has finally arrived,” Hurst said, adding that he was surprised to hear Fairchild express remorse for killing his nephew. “He hadn’t said that in 30 years.” Prosecutors from the Oklahoma attorney general’s office had described the boy’s killing as torture when they wrote to the state’s Pardon and Parole Board, which voted 4-1 last month against recommending clemency for Fairchild.

Attorneys for Fairchild argued that he was abused as a child, was mentally ill and was remorseful.

“As Richard Fairchild’s brain has deteriorated, he has descended into psychosis, a fact well-documented in his prison records,” Emma Rolls, one of Fairchild’s attorneys, said in a statement to the Pardon and Parole Board. “Yet despite having lost touch with reality, Richard remains remorseful for his crime and continues to have an unblemished prison record. There is no principled reason for Oklahoma to execute him.” Fairchild’s attorneys filed last-minute appeals Wednesday with Oklahoma’s Court of Criminal Appeals and the U.S. Supreme Court, but both courts denied his requests Thursday.

Also Thursday, the Oklahoma Court of Criminal Appeals denied a request from death row inmate Richard Glossip for a hearing to determine whether a co-defendant sought to recant his testimony that Glossip hired him to kill motel owner Barry Van Treese. Glossip’s execution is scheduled for February.

Glossip’s attorneys allege evidence was withheld by prosecutors, including interviews with witnesses. The court rejected a similar request by Glossip earlier this month and on Thursday ruled that the matters are not eligible for review because they either were settled previously by courts, could have been presented in earlier appeals or were not raised within 60 days of their discovery.