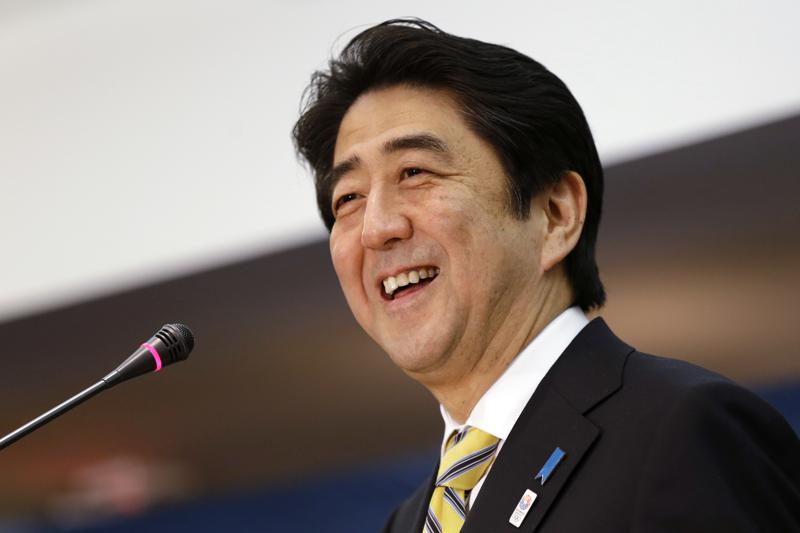 TOKYO (AP) — The assassination of former Japanese Prime Minister Shinzo Abe has unearthed long-suspected, little-talked-of links between him and a religious group that started in South Korea but has spread its influence around the world.

TOKYO (AP) — The assassination of former Japanese Prime Minister Shinzo Abe has unearthed long-suspected, little-talked-of links between him and a religious group that started in South Korea but has spread its influence around the world.

Police and Japanese media have suggested that the alleged attacker, Tetsuya Yamagami, who was arrested on the spot, was furious about Abe’s reported ties to the Unification Church, which has pursued relationships with politically conservative groups and leaders in the United States, Japan and Europe. The suspect reportedly was upset because his mother’s massive donations to the church bankrupted the family.

Many Japanese have been surprised as revelations emerged this week of the ties between the church and Japan’s top leaders, which have their roots in shared anti-communism efforts during the Cold War. Analysts say it could lead people to examine more closely how powerfully the ruling party’s conservative worldviews have steered the policies of modern Japan. A look at the church and its deep ties to Japan’s governing party and Abe’s own family:

The church was founded in Seoul in 1954, a year after the end of the Korean War, by the late Rev. Sun Myung Moon, the self-proclaimed messiah who preached new interpretations of the Bible and conservative, family-oriented value systems. The church championed anti-communism and the unification of the Korean Peninsula, which has been split between the totalitarian North and democratic South.

The church is perhaps best known for mass weddings where it paired off couples, often from different countries, and renewed the vows of those already married, at big, open places such as stadiums and gymnasiums. The group is said to have a global membership of millions, including hundreds of thousands in Japan.

The church faced accusations in the 1970s and ’80s of using devious recruitment tactics and brainwashing adherents into turning over huge portions of their salaries to Moon. The church has denied such allegations, saying many new religious movements faced similar accusations in their early years.

In Japan, the group has faced lawsuits for offering “spiritual merchandise” that allegedly caused members to buy expensive art and jewelry or sell their real estate to raise donations for the church.

Throughout his life, Moon worked to transform his church into a worldwide religious movement and expand its business and charitable activities. Moon was convicted of tax evasion in 1982 and served a prison term in New York. He died in 2012.

Moon said in his autobiography that he asked Kim to give up his nuclear ambitions, and that Kim responded that his atomic program was for peaceful purposes and he had no intention to use it to “kill (Korean) compatriots.”

WHAT WAS ABE’S LINK TO THE CHURCH?

Abe was known for his arch-conservative views on security and history issues and also was backed by powerful lobbies such as the Nippon Kaigi. He appeared in events organized by church affiliates, including one in September 2021.

In a video shown on a big screen at the meeting of church-related Universal Peace Federation, or UPF, Abe praised its work toward peace on the Korean Peninsula and the group’s focus on family values. An emphasis on traditional, paternalistic family systems was one of Abe’s key positions.

“I appreciate UPF’s focus on family values,” he said in the video. “Let’s be aware of so-called social revolutionary movements with narrow-minded values.”

Reports of his appearance in the 2021 event drew criticisms from the Japanese Communist Party and cult watchers, including a group of lawyers who have watched the Unification Church activities and supported its alleged victims.

In a news conference Monday after the church’s connection to Abe’s assassination was revealed, the church’s leader in Japan, Tomohiro Tanaka, said Abe supported UPF’s peace movement but that he was not a member. Police still have not publicly identified the group cited by the suspect, presumably to avoid inciting violence.

WHAT DOES IT MEAN FOR JAPAN’S GOVERNING PARTY?

The ties between the church and Japan’s governing party go back to Abe’s grandfather, Nobusuke Kishi, who served as prime minister and shared worries with Washington over the spread of communism in Japan in the 1960s as labor union activists gained strength.

Kishi, who was arrested as a war criminal but never charged, was known for his right-wing political views, and the Unification Church’s anti-communist stance matched his views of Japan’s national interests, experts say.

Kishi’s close relationship with the church was publicly known. The church headquarters at one point was housed in a building next to Kishi’s Tokyo residence, and he was seen with Moon in photos taken at the church and published in group publications. Media reports say the suspect believed that Kishi brought the church to Japan.

“Japanese leaders at the time saw the church as a tool to promote anti-communist views in Japan,” said Masaki Kito, a lawyer and expert on religious businesses. For the group, showcasing close ties with prominent politicians was a way to get endorsement for its activity. Ties between church-affiliated organizations and Liberal Democratic Party lawmakers developed over decades since the church expanded, providing solid political support and votes for the governing party, experts say, though the group denied it.

A survey of 128 lawmakers obtained from police and published in the Weekly Gendai magazine in 1999 showed most attended events organized by the Unification Church’s anti-communism affiliate, the International Federation for Victory Over Communism, also funded by Moon, and more than 20 LDP lawmakers had at least one church member in their offices as a volunteer.

WHAT IS BEING SAID BY THE CHURCH AND ITS CRITICS?

The church denied any favorable treatment by Kishi when it opened a Japan branch. Tanaka said Abe supported current leader Hak Ja Han Moon’s peace movement, but denied any movement of money between the group and the LDP.

The church said Monday it had no records showing that Yamagami was a member. The church said it had had no direct relationship with Abe, although it interacted with other lawmakers through an affiliated organization.

Members of the National Network of Lawyers Against Spiritual Sales, who watch the church, say they have repeatedly asked Abe and other LDP lawmakers to stop appearing at or sending messages to the events organized by the Unification Church or affiliates while ignoring the long-standing church-related problems.

WHAT DOES IT MEAN FOR THE PARTY?

“The assassination is shedding a light on the Unification Church,” said Koichi Nakano, an international politics professor at Sophia University in Tokyo. “The church’s relationship with the LDP’s right-wing factions and its ultra-right-wing policies could come under close scrutiny,” and lead to a reevaluation of Abe’s legacy.

It could lead to revelations of how the party’s views have distorted postwar Japanese society, while stalling progress of gender equality and sexual diversity issues, Nakano said.

Takuya Tasso, the governor of Iwate in northern Japan, said Friday that as a former bureaucrat and national lawmaker he knew about the LDP’s links to the church and he said its alleged influence on voting and government policies should be thoroughly investigated.